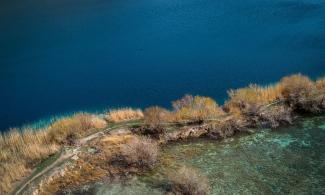 Flora and Fauna in Afghanistan

Afghanistan is a mountainous country with a complex and diverse geographic and climatic structure. Most of the regions, valleys, deserts and plains of Afghanistan have different climates. The existence of such conditions has led to the development of different types of wild animals. There are about 3000 plant species in Afghanistan, and about 128 species of carnivorous and non-carnivorous mammals, 500 species of birds, and several species of reptiles, amphibians, and fish.

There are 7 species of shaggy animals, 28 types of carnivores, 37 types of bats, 2 types of rabbits, and 34 types of rodents, including snake-eating goats and snow leopards, which are endangered. Wild animals such as tigers, lions, cheetahs and deer have almost disappeared in the country. Two rare bird species, the nightingale and the golden sparrow, are rarely seen. Afghanistan's water resources are rich in species of fish, such as milkweed, flower fish (trout). Most of the aquatic fauna of Afghanistan lives in the Pamirs, central Hindu Kush, southern Hindu Kush and the Helmand and Kokcha basins. The Amu Darya has large thornless fish which are of economic importance.