In the Birthplace of Cultures

To the roof of Tajik Pamir TJ 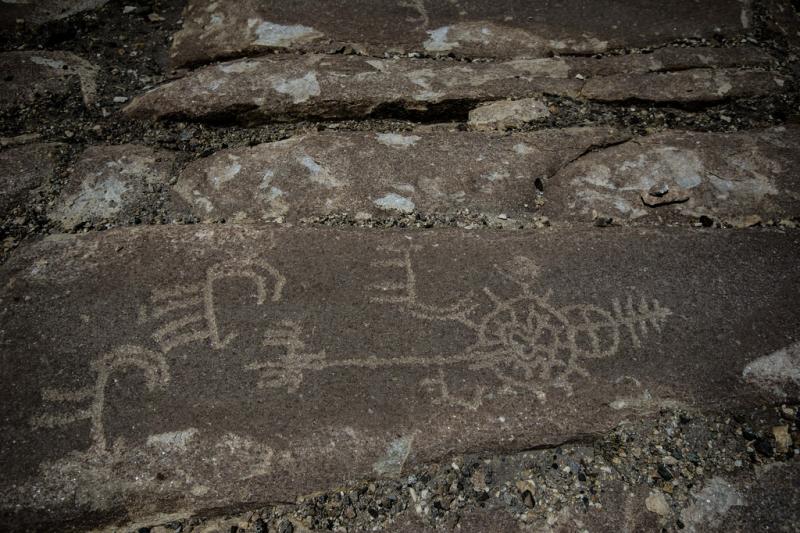 Village in the Pamir valley. 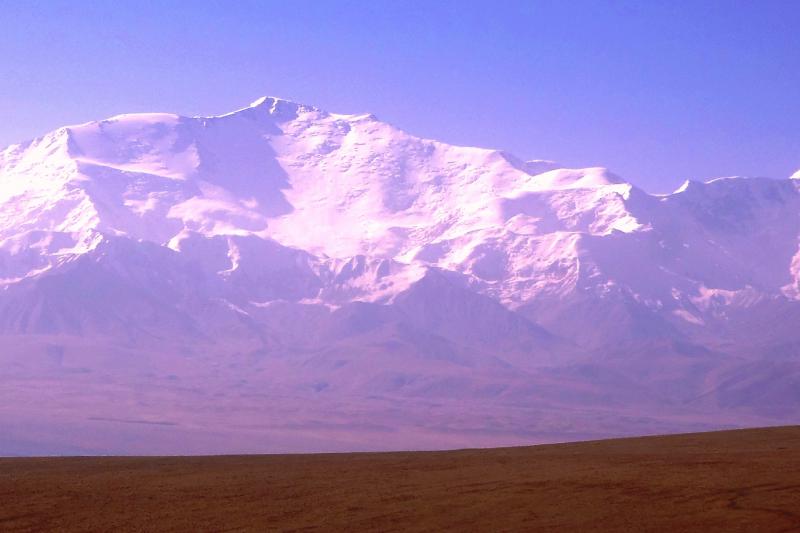 The Pamir range is located in the Northern Central Asia, it lies mostly in the Gorno-Badakhshan province of Tajikistan to the North it joins the Tian Shan mountains along the Alay Valley of Kyrgyzstan and to the south it borders with Hindu Kush mountains along Afghanistan's Wakhan Corridor and with the east Chinese Muztagh. The word Pamir translated as "the roof of the world".

In the 18-20th centuries, the Pamir range and the surrounding area were the scene of geopolitical rivalry of the British and Russian empires, called the "Great Game". The military department of the Russian Empire concerned about the activity of the British near the Pamir mountains, and decided to build a strategic military road: The construction was planned and carried out in deep secrecy and for a long time the existence of a wheel road in the Pamirs in Russian Turkestan in Europe unknown. After the construction of the Pamir tract, the wheel road in 1894 was named the Old Pamir Trakt. With the completion in 1937 of the construction of a highway connecting Osh and Khorog.

Pamir is divided into two natural and climatic conditions, the Eastern and Western Pamirs. In the Eastern part, the climate here is sharply continental, severe. This part of the Pamirs is characterized by the desert air dryness and, almost icy constant winds, often reaching the strength of the hurricane. Summer sun burns the skin, and in the shade while it's cold. The population of this region, live almost exclusively in cattle breeding and are engaged in breeding sheep and yaks, as well as hunting for mountain sheep (argali). It should be noted that argali are a kind of symbol of the Eastern Pamirs, and their horns are its emblem. On the Western Pamir winter here is mild, summers are warm. Here the Pamiris are engaged in agriculture and cattle breeding. 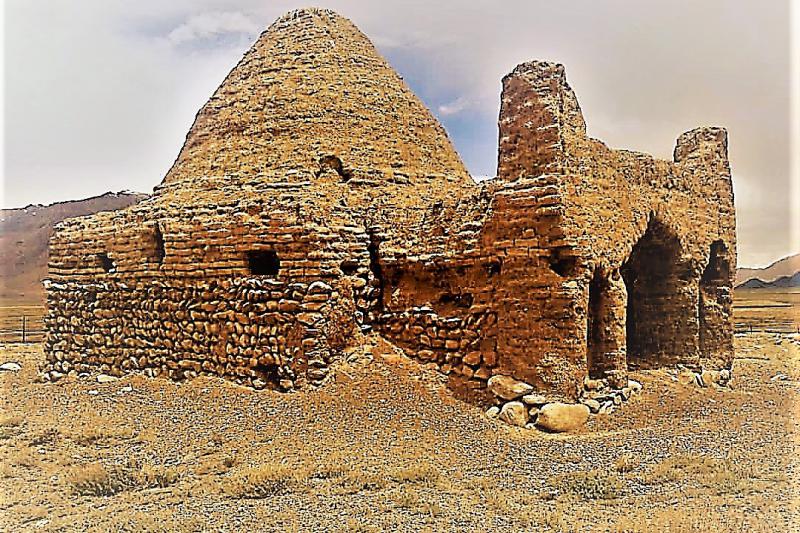 Bash Gumbez is a ancient caravanserail 30km east from Alichur. There is a small village and a graveyard on the other side of the river. The site is situated in the valley of Chukury, 28km lower than the pass Bashgumbez (4815m. alt) which let to reach the Zorkul zone and the Pamir river. 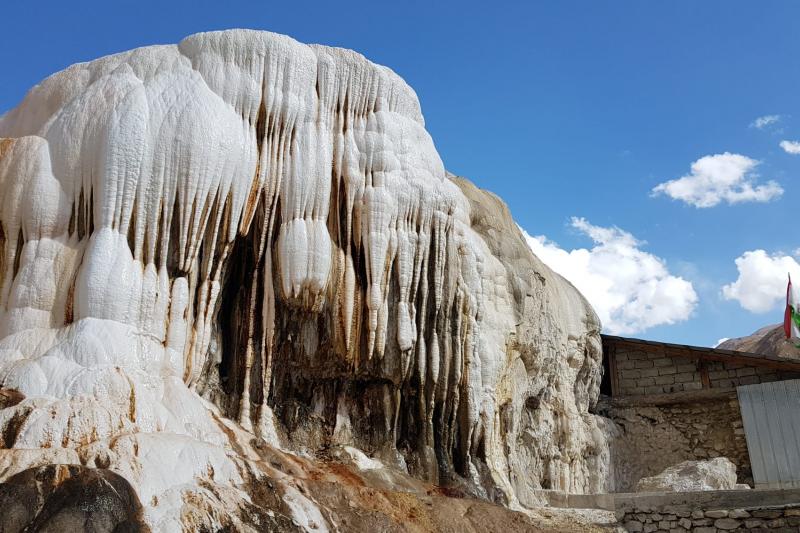 Garmchashma - hot mineral springs in Tajikistan Ishkashim district of Gorno-Badakhshan Autonomous Region. Located on the western slope of the ridge Shahdarinskogo Pamirs, in the middle reaches of the river Garmchashma. 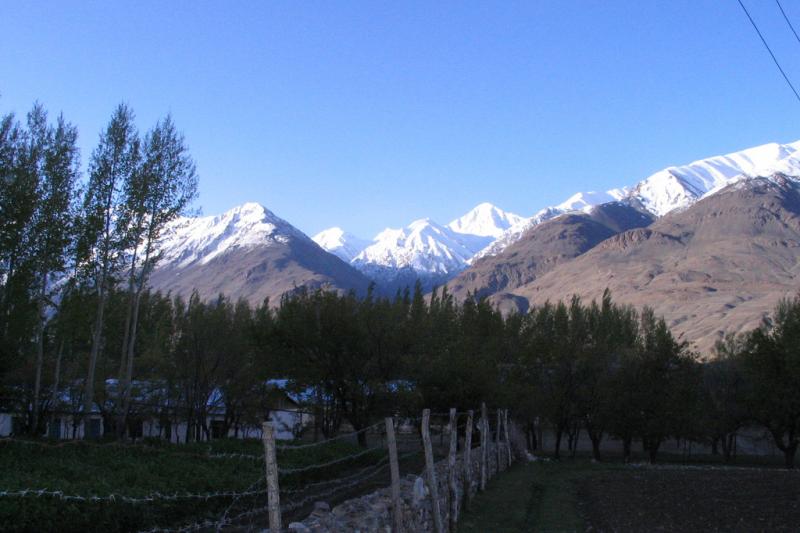 Village located in the Panj valley between Langar and Khorog. At the foot of the peak Saparodja (5864m). Every Saturday, you may enjoy the visit of the bazar on the Afghan side, without visa. 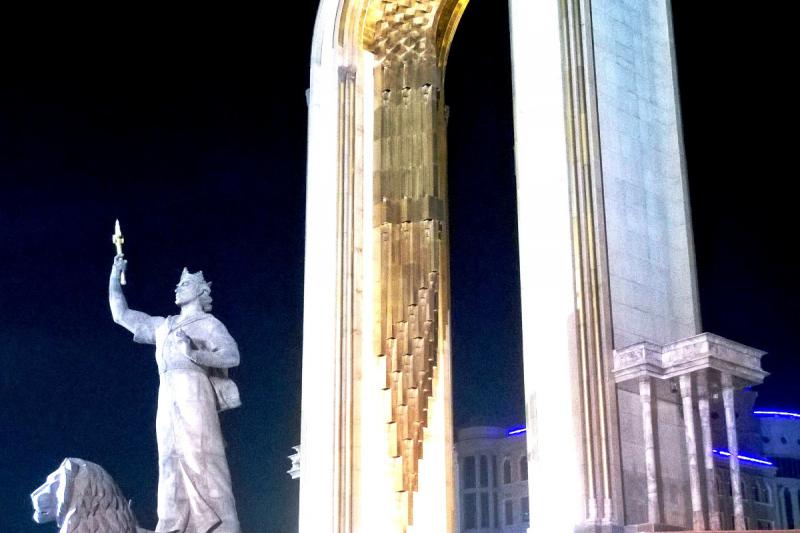 Dushanbe is the capital and largest city of Tajikistan. Dushanbe means "Monday" in the Tajik language. It was so named because it grew from a village that originally had a popular market on Mondays. As of 2014, Dushanbe has a population of 778,500. 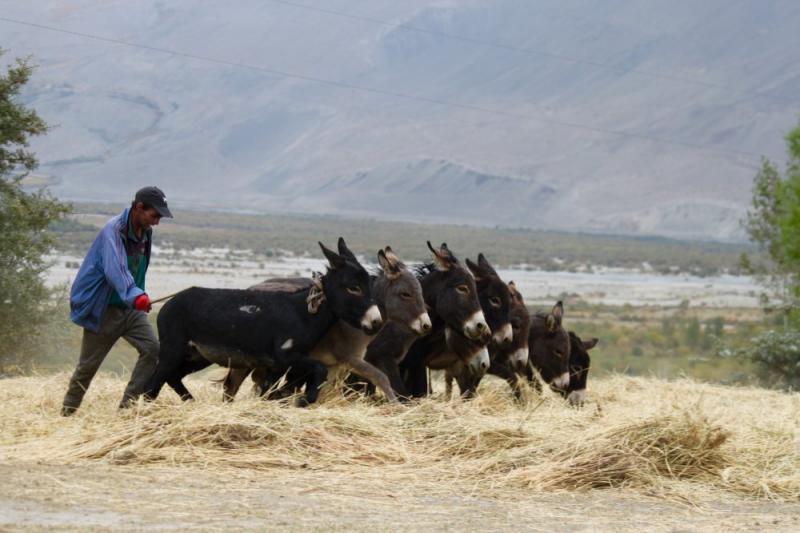 Yamg village is situated 5 km northeast from Yamchun village in the Wakhan corridor, on the tajik side. Yamg is home of Mubarek Kadam Wakhani, a sufi religious poet, philosoph, musician and astronomer. Wakhani lived from 1839 to 1903. Don’t miss the solar calendar for determining Navruz festival's date, just outside the museum. Admission fee is 10 TJS.