Top 10 things to do in Karakol, Kyrgyzstan 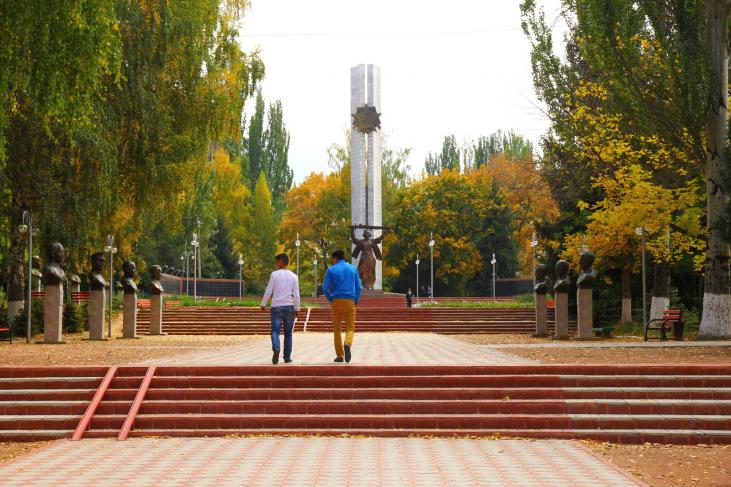 Karakol is a great base camp for day tours or multi-day tours in the mountains near by. The trekking and horseback riding possibilities are limitless and it’s still possible to find places that are untouched by large tour groups. My advice is to spend at least one full day in Karakol to just walk around and enjoy something different than Bishkek, Osh, and Kochkor. I hope you enjoy this blog post about Karakol and the area if you have any questions about the Karakol area get a hold of me. You can enjoy a short film about me here: About Alex

If you wish to see something a bit wild and something very authentic you need to see the animal bazaar in Karakol! Every Sunday very early in the morning you will be able to see farmers and shepherds selling and buying all different types of animals. It’s possible to buy sheep, goats, cows, pigs, horses, and all the necessary things you need to take care of the animals. It’s possible to see horses getting shoes and to see locals pushing sheep into tiny Soviet Ladas. The view is amazing with the white capped mountains and the huge contrast between Karakol city and the animal bazaar.If you were to walk from the center of Karakol it would take 30 mints or more to get there. My advice is to hire a taxi from your accommodation and enjoy the long walk back to the center.

Why Should You Go There?

If you would like to see the contrast between the city life and village life this is the place you need to see in Karakol. Don't forget to take your camera because the pictures you will take will be quite comical.

Issyk-kul Central Mosque of Karakol city named after Ibrahim Aji was built by initiative of Ibrahim Aji. He invited the famous Beijing architect Chou Seu and 20 carvers with the skills of traditional Chinese architecture and composition techniques for building the mosque. Construction of the mosque began in 1904 and completed in 1907.

An ingenious system allowed builders to build the mosque with no metal reinforcement tools. The mosque holds 42 based pillars. Encircling of the building is multi-tiered wooden cornice, decorated with images of plants like grapes, pomegranates, pears and peaches. Besides it the mosque is registered as a historical monument and protected by the law. Today mosque operates successfully and opens for everyone who visits our city.

Why Should You Go There?

The Mosque is very beautiful and interesting because it’s the only Chines architecture in Kyrgyzstan.

Jeti-Oguz is famous for its large, red sedimentary rocks, about 2,200m. The rocks have been carved out by a river from the Terskey Alatoo mountains. Years of weathering have split the rocks into seven parts. The forms of the rocks are similar to the head of the seven bulls, “Jeti”-means seven and “Oguz”-means bull in Kyrgyz.

Another beautiful place to see is Broken Heart. This is a reddish rock shaped like a broken heart. For this rock, there are several legends: long ago a king who was very rich and had many wives went hunting. One day he saw a beautiful girl with black long hair. He fall in love with her at first sight, and wanted to marry her. However she was from a poor family and was already engaged. Her family ran away from the king when they learned that he wanted their daughter. But the king caught them, killed her fiancé and her family. Her heart was torn by sadness and the Broken Heart appeared in that place.

Shared taxi for 150 soms per person from Karakol's big bazaar.

*Beware that after 5pm it will be hard to find a shared taxi.