The Toktogul hydroelectric power station, built in 1975, is the largest and most important power station in the country, producing up to 40% of its electricity. In addition, the dam of its dam produces a volume of 19 billion cubic meters of water that flows through the largest Toktogul reservoir in Central Asia and governs the irrigation and energy regimes. Visits are prohibited to the public, and entrances are monitored by the military. Access to the dam is from the small town of Kara-Kël (or Karakul, Kara-Kul, Kara-Kol).

The Toktogul hydropower plant is rightly regarded as the flagship of Kyrgyzstan's hydropower industry. The station project was developed by the Central Asian branch of the "Hydroproject" Institute. S. Ya Zhuk with the participation of Soyuzgidroproekt, Gidrostalproekt, etc. The dam is a complex construction intended to regulate the flow of the Naryn River and the production of energy in the long term.

The location of the station was chosen in the mountains of the central Tien Shan, at the entrance of the Naryn river, in the Ketmen-Tyube valley, in a narrow gorge reaching a depth of 1500 m. The slope is 65 - 70 °. The configuration of the station facilities was determined by the topographical and geological characteristics of the construction site, mainly by the seismicity, which is 9-10 points.

The station's reservoir is the largest in Central Asia, located in the Ketmen-Tyube valley and has the following dimensions: 65 km long, 284.3 km2 in area, maximum depth of 120 m, for a total capacity of 195 billion m3, useful - 14 billion m3.

The Toktogul Hydroelectric Power Plant Dam design parameters are a unique concrete structure designed to operate under exceptionally high seismic conditions. Its height is 215 m, its length along the ridge is 292.5 m, and the total concrete volume of the dam is 3.2 million m3.

The turbines are supplied with water by four pressure pipes 7.5 m in diameter located in the central part of the dam.

Technical and economic indicators of the station: 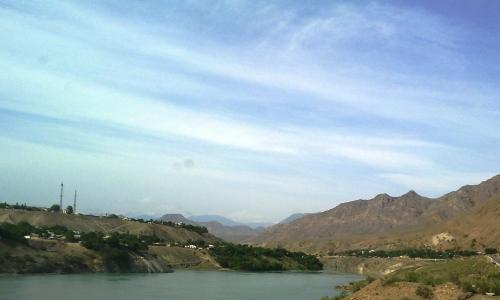 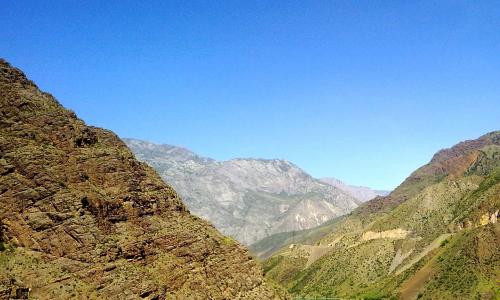