The historic-cultural area, which includes the most ancient memorial Tash-Rabat (the 14th century) is situated 110 km to the South from Naryn and not far from the border with China on the height of 3120 m in the canyon Kara-Koyun. Tash-Rabat (Caravan-Sarai) was the inn for merchants and travelers on the ancient Silk Road from Central Asia to China and was the place for rest protecting sellers from bandits in those ancient times.

Tash-Rabat is a comfortable and attractive place for a stop between Bishkek and Kashgar. Today the caravanserai is a square, rather squat-looking building that is much bigger than it appears from the outside because it digs deep into the hillside behind. Inside there is a domed central chamber leading to the remains of 30 dank rooms including, opposite the entrance, the khan’s own quarters. One chamber contains two underground dungeons, one of which has been filled in and another, which is apparently 10 meters deep.

There is also a well and supposedly an old tunnel, possibly leading to a look-out point. The chambers on either side of the entrance each have a broad, raised ledge, which is said to be a communal bed used by the caravanserai’s soldiers, who were garrisoned here to protect against bandits. 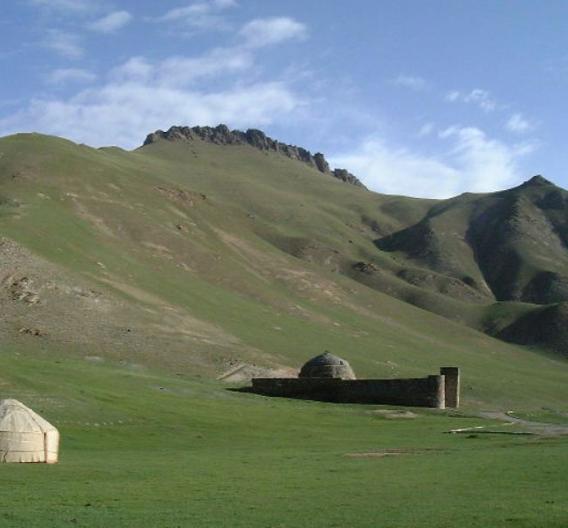