The Cathedral in Bishkek

The Cathedral in Bishkek was built in 1941. The national motifs of Central Asia are clearly traced in the appearance of the building: the facade and walls of the bell tower resembling a minaret painted with oriental ornaments, decorative arches and pointed window openings of the first floor.There are also deliberately "Orthodox" elements in the temple — characteristic gilded tops topped with 8-terminal crosses of St. Lazarus, and the roof of the bell tower in the form of a polyhedral pyramid. The cathedral is decorated with icons and frescoes, most of which were painted by the Bishkek icon painter Evgenia Postavnicheva.At the same time, the cathedral turned into a full-fledged religious complex with a Sunday school, gymnasium, conference hall, library and its own historical museum. 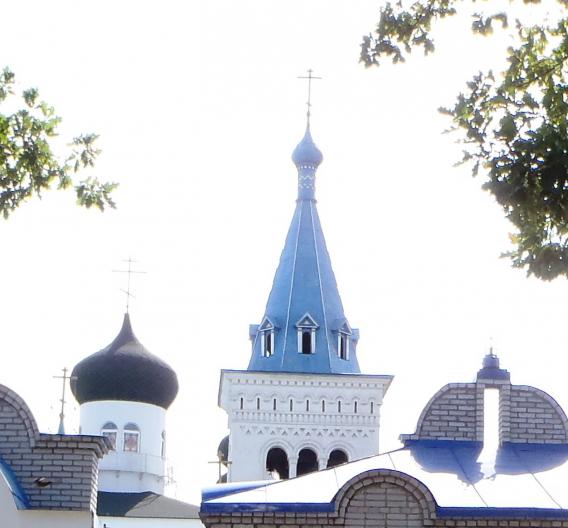